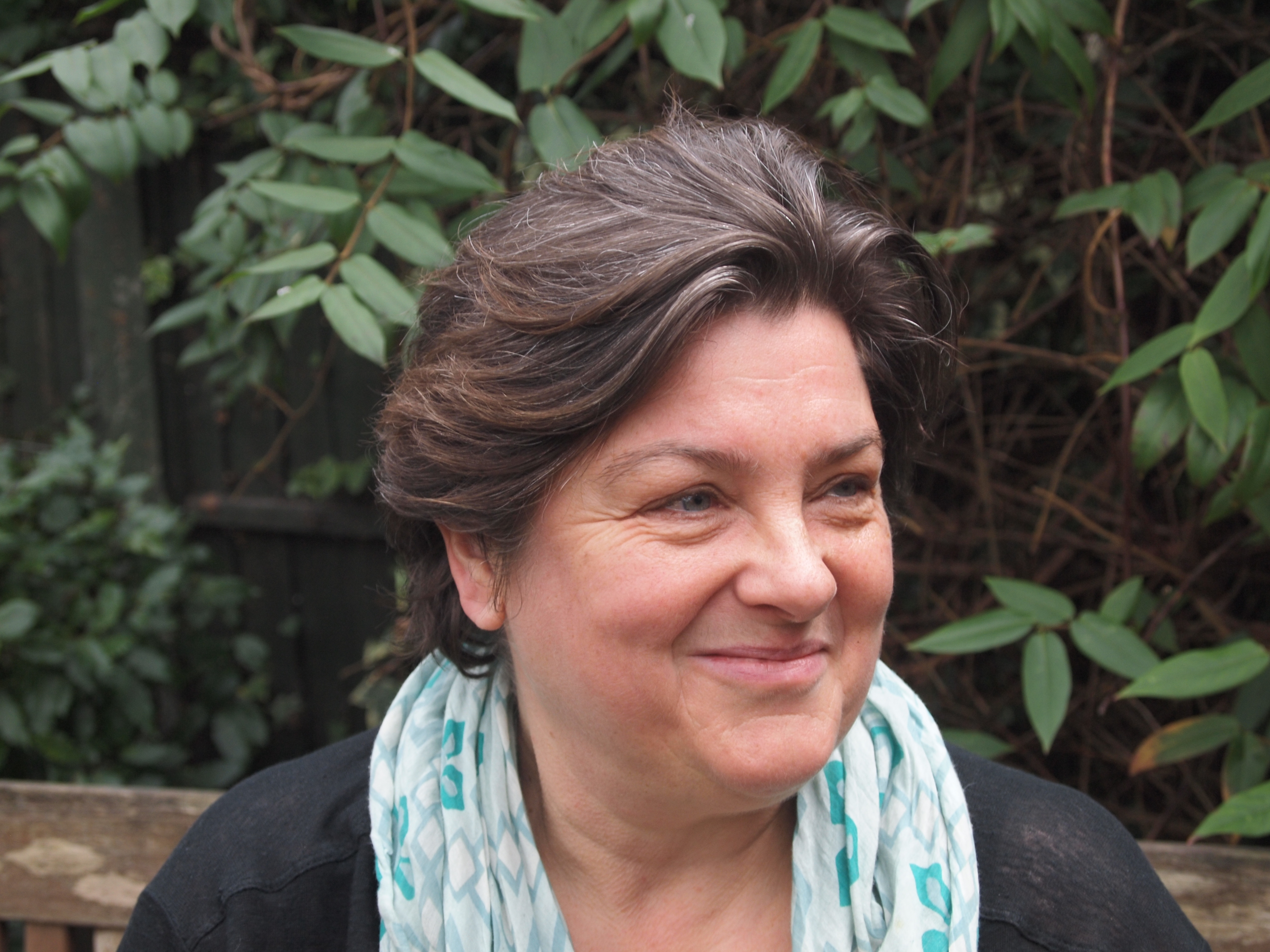 The right of gay couples to have children through surrogate parents is increasingly seen as an advance for equality, a triumph of tolerance over prejudice. That is why there was such an outcry recently when the Italian designers Domenico Dolce and Stephano Gabbana described the IVF children of Sir Elton John as “synthetic.” Riding on a wave of indignation from his fans and calling for a boycott of Dolce and Gabbana’s products, the pop legend told the designers, “shame on you for wagging your judgemental little fingers at IVF – a miracle that has allowed legions of loving people, both straight and gay, to fulfil their dream of having children.”

But this row has not prevented the iconoclastic writer and feminist Germaine Greer from renewing the criticism of Elton John and his partner David Furnish. In a talk this week at the Hay Literary Festival, Greer warned that the very concept of motherhood was now being “deconstructed” through the process of IVF surrogacy, pointing out the absurdity that Furnish is listed as the “mother” on the birth certificates of the two boys he has with John.

Well, I am with Germaine Greer on this one. Through all the cheerleading for supposed equality, our society has not faced up to the implications of commercial surrogacy or the cruel side of this growing industry. As we saw in the Dolce and Gabanna controversy, open debate has been inhibited by sentimental bullying, with the enthusiasts for surrogate parenthood now treating the practice as a inviolable sacred cow.

It is time for a bit of honesty. The accelerating boom in surrogacy for gay couples is no victory for freedom or emancipation. On the contrary, it represents a disturbing slide into the brutal exploitation of women who usually come from the developing world and are often bullied or pimped into selling their wombs to satisfy the selfish whims of wealthy gay or lesbian westerners. This cruelty is accompanied by epic hypocrisy. People from Europe and the USA who would shudder at the idea of involvement in human or sex trafficking have ended up indulging in a grotesque form of “reproductive trafficking”.

Moreover, their support for this vicious business has led to the shameful neglect of abandoned or abused children within Britain. As commercial surrogacy becomes ever more fashionable, so it is becoming increasingly difficult for the authorities to find foster or adoptive parents for the tens of thousands of looked-after children currently languishing in residential care. The deepening crisis in fostering and adoption fills me with despair. As a lesbian feminist, I campaigned for years for gays and lesbians to be allowed to adopt children, not only because of our own fundamental human rights to have a family but also because of the need to give secure, loving homes to vulnerable children.

But the rise of IVF surrogate parenthood is in real danger of making the acceptance of gay adoption look like a hollow success. Now I can accept that, in certain circumstances, surrogacy can be a positive option, such as a case where someone – purely out of compassion – agrees to have a baby for a close friend who is infertile and may be unable to adopt. But that is a private arrangement built on mutual trust and concern. What really sickens me is the commercial trade, which not only leads to misery and degradation among its victims but also promotes a narcissistic view of IVF children as designer products.

Sadly, this kind of artificial baby farming is now a major international business. There is no law to prevent surrogacy in Britain, but it is illegal for surrogates to advertise, as they do in the USA and elsewhere. Nor are private surrogacy agreements enforceable in the courts, which means, for example, that a surrogate mother cannot be forced to hand over the baby if she changes her mind.

But this lack of legal safeguards has not inhibited the trade. Indeed, commercial surrogacy is fast becoming the preferred route for gay couples to have children, so much so that the trend is now known as the “Gaybe” revolution. Much of the market is in the developing world, especially India, because the costs are much lower and the regulation far lighter. In the USA, the process usually costs around £65,000, but in India the charges can be as low as £15,000. That is the prime reason that India has become known as the “rent-a-womb capital of the world”, sustaining a “reproductive tourism” industry that is estimated to be worth over £300 billion and offers services through a network of around 350 clinics.

Pro-surrogacy propaganda usually portrays the surrogate mother as a white, blonde, smiling woman who is carrying a baby in order to make a childless couple happy. But the real story is far less palatable than the airbrushed, racist stereotype suggests. Mostly Asian or black, the women who provide the eggs and wombs for potential parents can suffer appallingly. As the recent Channel 4 documentary “Google Baby” revealed, they are kept in cramped conditions and are controlled to the point of being told when to eat, drink and sleep. Monitored like prisoners, they often have to refrain from sex and even riding a bicycle. Surrogates can also be required to take a string of medicines like Lupron, oestrogen and progesterone to help achieve pregnancy, all of which can have damaging side effects. In fact, the entire process of commercial IVF reproduction can have a serious impact on surrogates’ health. Studies have shown that the dangers to women include ovarian cysts, chronic pelvic pain, reproductive cancers, kidney disease and strokes, while women who become pregnant with eggs from another woman are at a higher risk of pre-eclampsia and high blood pressure.

Remarkably, none of this seems to matter to the eager clients. I interviewed one rich gay couple for whom the oppression is part of the appeal, because they said that they found it reassuring that women are required to live in a clinic under the surveillance of the “brokers” throughout their pregnancies. In truth there is a huge streak of misogyny throughout this business, with women treated as worthless or little more than reproductive machines. As Germaine Greer said at Hay, all traditional notions of motherhood, even female identity, are being written out of the script. I was told that one gay couple had such loathing for the biological role of the mother that they even insisted that their (paid-for) baby should be born by caesarean section so it was not tainted by travelling down the vaginal canal.

Against this backdrop, it is amazing that many leading left-wing campaigners, like the Guardian columnist Owen Jones, should see commercial surrogacy as a progressive cause. But then the left often loses its moral compass on ethical sexual issues like this.   So, in the name sex workers’ rights, they demand the end of controls on prostitution and pornography, even though that would actually mean more misogynistic degradation, violence and abuse.

If radicals like Owen Jones want to support gay parenthood, they would do far more good by promoting adoption rather surrogacy. That used to be the inspiring cause of the left.  Exactly three decades ago, the Greater London Council caused a storm by circulating a book called “Jenny Lives with Eric and Martin” about a girl brought up by a gay couple.   Ultimately, the controversy led to the introduction in 1988 of the notorious Clause 28 by the Tory Government, banning local authorities from issuing material that “promoted homosexuality.” Thankfully, we have moved on from that kind of homophobia. The institutionalised barriers to gay families have been shattered.

But that does not mean we should now embrace commercial IVF surrogacy. If gay couples want children, why on earth do they have to go down this exploitative route rather than adopting a child? The answer raises a profoundly troubling question about the attitudes of too many gay and lesbian couples. Fixated by vanity, imbued with overweening self-regard, they want to create a child in their own image, meeting a checklist of ideal characteristics. This kind of narcissism reached a grotesque logical conclusion in the case of the American lesbian couple Sharon Duchesneau and Candy McCullogh, both deaf since birth, who made the headlines in 2002 when they embarked on a search for a congenitally deaf sperm donor. Having been turned down by a number of sperm banks, they then approached a friend who had five generations of deafness in his family and was deaf himself. He agreed to their request, and a deaf child was brought into the world.

No greater symbol of the epic selfishness of surrogacy could be found than the decision to create deliberately a child with a severe disability. But sometimes the desire for a designer baby can move in the opposite direction, descending into a form of eugenics where the couple allow no room for any perceived flaws or idiosyncrasies. That happened in the disgraceful “Baby Gammy” case last year, in which an Australian couple, David and Wendy Farnell, left a twin boy with his surrogate Thai birth mother when it was discovered that the child had Down’s Syndrome, though the Farnells took the baby’s sister Pipah with them back to Australia.

Since that scandal, Thailand has banned foreigners and same-sex couples from accessing surrogacy services. That sort of robust approach is needed elsewhere if we are to combat the nasty, self-serving commercialisation of women’s wombs and eggs. There is nothing homophobic about criticising this vile, unbalanced trade where the rich exploit the bodies of the poor and desperate. On the contrary, to do so represents a service to humanity.

Julie Bindel is a British journalist, writer, broadcaster and researcher. She has been active in the global campaign to end violence towards women and children since 1979 and has written extensively on rape, domestic violence, sexually motivated murder, prostitution and trafficking, child sexual exploitation, stalking, and the rise of religious fundamentalism and its harm to women and girls. Julie has authored over 30 book chapters and academic reports on a range of topics pertaining to gender inequality and abuse, and writes regularly for The Guardian newspaper, the New Statesman, Sunday Telegraph and Standpoint magazines, and appears regularly on the BBC and Sky News. She was Visiting Journalist at Brunel University (2013 – 2014) and is now Visiting Researcher at Lincoln University (2014 – 17). Julie’s book on the state of the lesbian and gay movement in the UK (Guardian books, 2014) has been praised for being thought-provoking and challenging.

2 thoughts on “Surrogacy and Gay Couples”