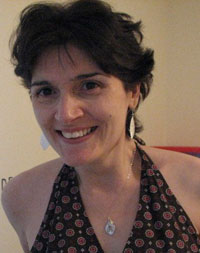 Until February 15th 2013, women were invited to share their abortion stories on CNN Ireport. The picture below is a screenshot of a CNN Ireport user who goes by the name “TheProChoiceMom.” TheProChoice Mom left a series of derogatory comments on abortion regret testimonies posted on CNN’s website.  Why would a woman, a mother – who claims to support choice – lash out at other women who publicly express regret that they once chose abortion?  The slogan at TheProChoice Mom twitter site reads “Showing America Pro-Choice DOESN’T mean Pro-Abortion!”

In my recent interactions with pro-choicers, I have noticed a pattern in women referring to themselves as a “pro-choice moms”:

1- They have one child born before or after they had an abortion (telling people that their child is “raised pro-choice”).

2- They had an abortion for “medical reasons” including genetic disease diagnosis, severe morning sickness, depression, anemia, cysts and arthritis pain.

3- They are angry at anybody who says that abortion hurts women, especially post-abortive pro-lifers.

4- They assert that abortion saved their life and anybody who says otherwise cares more about “non-sentient fetuses than women”, “would want to see them dead” and “deprive their born child from their mother” (quoting from ProChoiceMom).

5- Some of them had an incomplete miscarriage that required a D&C procedure and they call it an abortion.

Let me share a few reflections on this pattern.

It is always a tragedy to lose a child but let us be clear: having a D&C after a miscarriage does not constitute an abortion. Pro-lifers have no objection to the removing of an already dead baby. Many people are misinformed about abortion and, sometimes, we are not even talking about the same thing. Some believe that allowing medical treatment for an incomplete miscarriage = being “pro-choice”.

What causes this misinformation? I think it is the prevailing narrative that abortion = removing a fetus. not killing, not destroying; just “removing something that is too small to be human and alive”.  I have written publicly about my post abortion experience and regret, so I hear from a broad range of people. Last year, after sharing how abortion affects women, I received this Tweet:

Also, my general impression is that some women are told to have an abortion – as their only or best option – by misguided doctors. In this sense, women are sometimes denied health care for treatable conditions, or the opportunity to consider truly viable “other options”. I think we should worry about that trend.

We could speculate on the feelings behind venom-spewing pro-choice moms on the Internet, but, to quote the Letter to the Ephesians, we are up against principalities and powers. This is not a war of pro-life moms versus pro-choice moms. This is a spiritual battle and anybody’s heart can be changed. We have to discern when to speak (always share the truth in love) and when to be quiet. Let us keep all the pro-choice moms of the world in our prayers and trust that eventually, anger will subside and truth will prevail.

Béatrice Fedor is a pro-woman, anti-abortion, anti-violence advocate. The mother of three, she was raised in a culturally Catholic family in France; embraced liberal feminism, atheism and humanism. She has served as a trade union leader, taught a creative writing class and authored an unpublished book of poetry. The scar of her abortions moved her to search for God, and by His Grace, she has found peace and healing. She joined the Silent No More Awareness Campaign in 2008. “Neither do I condemn you” John 8:11. This post is edited and reprinted from her blog 400 Words for Women, the post originally appearing at http://400wordsforwomen.com/2013/02/09/on-pro-choice-moms/.

A student from BC – better known as Boston College – paused in front of an informational table set up during the first days of his freshman year. Several pretty girls manned the table, representatives of “BC Students for Sexual Health.” This “BC” – or Boston condom –  organization has made national news as its pretty coeds posed with envelopes of “brightly colored” condoms they insist on distributing “for free” throughout the Catholic campus.  The conversation that day went something like this:

Pretty Girl.  “Well, why don’t you join up with us. We promote sexual fun all across campus and we have a sex party this Friday. (giggle, giggle) I can’t tell you just what sex we’ll be doing this week but I promise you’ll have fun. (giggle, giggle)

I heard this story last fall. As a feminist and activist for women, I was dismayed that young women of the caliber and education I assumed Boston College would admit could behave with such triviality. Was the administration not aware of these coquettes operating under the guise of “sexual health?” Did the College realize the image of women, as flirts, sexual objects and pleasure toys, being flaunted and hawked to incoming first year students? I was further dismayed as I explored the girls’ website and discovered how the girls sponsored not classes or educational sessions; rather, they distributed condoms, party kits and literature promoting sport sex along with referrals to Planned Parenthood for the medical services available to treat the various illnesses promiscuity cultivates. Their online freebies even included solo cups!

Throwing a party? Get a Responsible Party Kit from BCSSH! We will provide you solo cups, condoms, and information about safer sex to post in your apartment to help your guests have a safer night.

I felt so ashamed and sad for these girls, who seemed to have no self esteem or sense of the social concern expected of thinking, educated persons, that I contacted the Jesuit college.

Now, the administration of this college has apparently had enough of the Boston Condom campaign to promote sport sex on campus.  Perhaps the college has concluded that passing out free condoms and designating “Safe Sex Sites” – dorm rooms across campus where free condoms (at least) are available when you knock and enter – does not promote safety, health or even common sense – much less the loftier purposes of the institution, “integrating intellectual, personal, ethical, and religious formation; and . . . uniting high academic achievement with service to others.” The college has reminded the girls that the promotion of sport sex on campus is inconsistent with the college’s policies toward the sanctity of life, and has scheduled a meeting with them on April 29 to discuss their condom and sport sex advocacy.  The girls can disagree, of course, but they’ve been asked to respect the college’s policy, the same way the college might reasonably ask student representatives of Altria Group to desist from distributing free purse packs of Virginia Slims.  Girls might insist that the cigarettes show they’ve “come a long way baby” but the college has responsibility to make its own assessment of the consequences of promoting social smoking to women on campus.

Equally disturbing to observers of the Boston Condom campaign is the apparent collapse of feminism on a campus traditionally dedicated to raising the social conscience and awareness of its students within the Jesuit Catholic tradition.  While girls like Chelsea Lennox and Lizzie Jekanowski posed with their condom symbol for a New York Times photographer, testimony unfolded in a Philadelphia courtroom of the brutal murder of live-born infant children.  North Korea sat poised and apparently ready to fire a nuclear warhead.  Efforts to address the violent death of 20 children in a bloody massacre at Sandy Hook Elementary school faltered yet again.  Unidentified persons were executing a plan to detonate IEDs at the Boston Marathon finish line.  And a young woman was found burned and murdered in Jordan, her womb slit open exposing her 4 month old child, in another “honor killing” still practiced against women throughout the world.

The list of atrocities, threats and injustices against women and their children and families could go on and on. Campuses like Boston College have a long tradition of supporting feminists in raising awareness of the continued discrimination and brutality against women throughout the world and in sponsoring clubs and projects aimed at improving the lives of others. The objection of the administration toward the conduct of these girls could fairly arise from their apparent self-absorption with dubious pleasure pursuits and apparent apathy toward real social issues affecting even their local communities. How can these young adults honestly defend the promotion of sport sex as a social concern when the world around them cries out in pain and need? Do they honestly think that their peers deepest needs include free condoms and solo cups – both of which are available within a short stroll to a grocery store or pharmacy? Are these young women oblivious? By their own account, it appears so. As Ms. Lennox told the New Times reporter, she spends her time selecting condoms for her peers.

“We check for the integrity of every package. Everything we make sure is within its expiration date. The package is completely intact. There’s no lube leakage out of anything,” she said with a sheepish laugh.

The college administration is rightfully concerned. These students – who were presumably admitted under high admission standards – have focused their talents and skills and resources not only to promote social sport sex, but, more, to promote an image of BC college students as sexually obsessed, undisciplined and irresponsible.  As the chairwoman Lizzie Jekanowski put it in her interview with the New York Times:

Ms. Jekanowski’s low assessment of her fellow students, broadcast more in the tradition of commercial sexual services rather than academic excellence, insists that bright, educated young adults have so little control over their sexuality that they cannot acquire condoms for themselves from Planned Parenthood or CVS or other providers.  The sexual impulse, from the Boston Condom perspective, is like a fire, poised to go out of control with damaging consequences unless quickly contained.  Like fire extinguishers hung throughout campus, condoms must be readily available, in easy reach, to grab, open and don lest loosed semen rain ruin within the dorms.

Both fellow students and administrators should find this perspective highly offensive, and, most certainly, inconsistent with a view of the integral formation Boston College values. This is certainly not feminism:  self-aggrandizing through the solicitation and promotion of sport sex runs completely counter to the history and tradition of the feminist movement. That movement, as generations of feminists will attest, seeks to free women from discrimination as sexual, pleasure objects. Its founding mothers launched the liberation of women by their successful demand for the vote, that women could be full participants in improving their communities and the world with the unique voice and vision of the feminine genius.

I applaud the administration for taking this initiative. I hope that the feminists on campus will let their voices be heard and that the coquettish, misguided work of these young women will be challenged and redirected for the wider good. I urge the administration to take back the College back from the Condom, and restore BC’s reputation for fostering concern and action in its gifted students on the challenging and demanding issues facing our world.