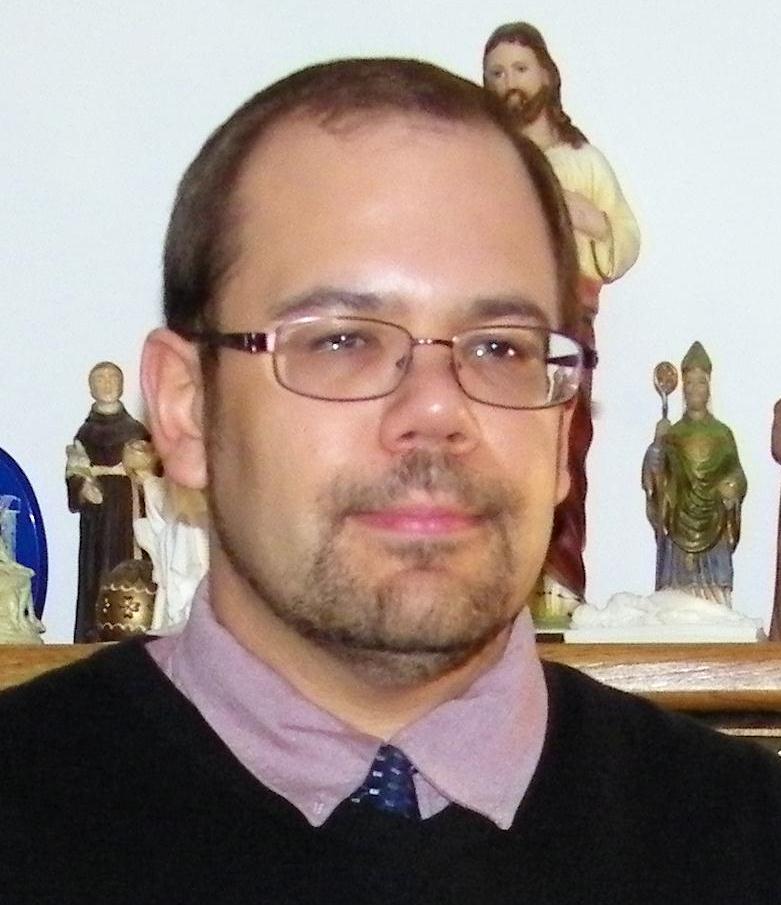 C.S. Lewis, observing how Hollywood adapted novels for film, noted that books without a significant female presence often ended up having one created for the movie.  Lewis believed that the scriptwriter, in doing so, did a disservice to the story being adapted onto film.  The woman often ended up being a romantic interest to the hero, with little to no real connection to the story itself.  So why was she added?  As an appeal to women? ~the thinking being that without such a plot device, the movie would not be to the liking of females.

While there might be some merit to the idea of adding a feminine character to an otherwise masculine film, what we get from Hollywood is rarely complimentary to women.  The woman has little to no real place in the story, and so is placed in situations which do not matter.  The woman, therefore, is unimportant to the movie and her role is denigrated as a secondary, accidental feature.  Why should such a character be introduced?  Won’t her insignificance in the story reinforce old stereotypes about women in general?   While some might applaud the idea of appealing to women,Hollywood too often appeals, not to the best qualities of women or their complementary nature with men, but rather, to qualities which make her irrelevant in the world scene.

I find Peter Jackson’s attempt to “include women” in movies based upon Tolkien’s Hobbit and Lord of the Rings to be not only ironic, but utterly wrong.  Tolkien’s work The Lord of the Rings certainly has prominent women.  For example, Eowyn plays a pivotal and significant role, and, through her, Tolkien provides an important statement of the value and place of women like St Joan of Arc in the world.  Tolkien shows us that there are things which men just cannot accomplish, and women, with their strengths, can.  Eowyn was able to dispatch the Witch King, the Lord of the Nazgul, the most powerful of the kings of men.  No man could do so, but her strengths, her integrity, her assurance of herself and her mission in the world allowed her to do what no man could, to overcome the supposed might of men and show it to be utterly powerless. 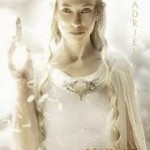 able to bridge racial biases, as can be seen by the way Gimli the Dwarf ended up giving her the highest form of veneration and respect.  Dwarves and Elves were rivals and yet Gimli, in seeing Galadriel, felt a deep, pure love for her.  And it is good that he should.  Galadriel is shown to be one of the few who could and did transcend the temptation of Sauron’s Ring.  Frodo offered it to her, and she could have taken it, to become a powerful Queen over all creation – but she said no.  Deep within her and her femininity she was able to find that no, the need to reject a masculine call for dominance.

Galadriel and Eowyn together show the integrity of women and their transcendent, complementary authority to men.  It is not that men have no value, of course, but rather, men and women need each other, and what is seen as a weakness in one is a strength in the other.   Yet, Peter Jackson, Hollywood’s Tolkien scriptwriter, felt Tolkien did not do enough to represent women.  He used Arwen, Aragorn’s beloved, as a third representation of women, having her accomplish feats in his films which were not in Tolkien’s work.  Like Hollywood 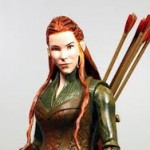 writers before him, Jackson felt the need to appeal to women and provide them a platform beyond the role Tolkien gave women.  Jackson thought Arwen would provide this in his adaptation of Tolkien’s Lord of the Rings.  But in doing so,Jackson shows that he does not appreciate the value and strength shown in Eowyn and Galadriel.  Jackson does not see that the portrayal of strong women that he wanted had already been done by Tolkien’s female characters.  By creating a woman to act like a man (Arwen),Jackson denigrated the strength and character of women.

The Hobbit, now split into three films, once again gives us Peter Jackson’s desire to appeal to women by making up a character not in Tolkien’s works: Tauriel.  She has a brief role in the first Hobbit film, but when the Dwarves find their way into Mirkwood, she will be given a significant role.  She is a Wood Elf and the head of their guard.  Now, why is she needed? What exactly is the point of her character?  ~to say women are undervalued by Tolkien?  But by suggesting such, the women of Tolkien’s stories find their value and their purpose diminished.  By creating such a superficial role for a woman,Jackson only makes women superficial.  This is exactly the problem with the creation of feminine roles in movies and stories which do not need them.  Not every story has a place for women, just as not every story has a place for men.  It is good to desire the proper respect for both genders, but forcing a story to do so, as is seen in the world at large, often denigrates one or the other.

Tolkien, whose works are masculine and from a masculine perspective, ascribes great value to women.  Women have their own stories and interests, which complement men and their stories. Just as it is best not to try to force men in women’s stories where they do not belong, so women should not be forced into men’s stories where they do not belong.  It is not to say men do not belong in women’s stories: clearly they do, but often in a secondary fashion, just as women might not hold a prominent place in a man’s story.  These stories must be seen as reflexive of the gender and what their values in the world, and what is needed is not the imposition of one gender in the stories of another, but the combination of stories, of men’s stories and women’s stories, allowing each to show and provide something of the human condition, showing aspects of both genders which such an imposition which deny.

Tolkien, I think, understood this point.  He expressed it a few ways.  One way could be found in the division between the tree-herders, the Ents, with their Ent-Wives, where the two were divided from each other, looking for each other, and will only find each other in the eschaton (that is, the end of the world, if the Ent-Wives still exist).  Another can be found in his Dwarves.  We know there are Dwarven women.  We know they exist.  They have to exist, because the Dwarves, as a race, continue to propagate throughout Middle Earth.  Yet, they are mysterious and hidden.  We are given only secondary glimpses of them.  We are not given their perspective of the events in Tolkien’s world. But we are given the fact that Dwarven women are rare, and when encountered, they can be mistaken for Dwarven men, as Tolkien related in the first Appendix to The Lord of the Rings:

Dis was the daughter of Thrain II.  She is the only dwarf-woman named in these histories.  It was said by Gimli that there are few dwarf-women, probably no more than a third of the whole people.  They are in voice and appearance, and in garb if they must go on a journey, so like to the dwarf-men that the eyes and ears of other peoples cannot tell them apart.  This has given rise to the foolish opinion among Men that there are no dwarf-women, and that the Dwarves ‘grow out of stone.’ (The Return of the King, Appendix A).

While we know they exist, their direct voice is more or less absent.  Tolkien, in a way, cannot tell their story, because their story lies outside of the events of his histories.  Yet their story is integral to those same events.  The lack of a homeland for the Dwarves makes their plight greater; they need to be protected and kept safe, so that the Dwarven race can continue to thrive:

It is because of the fewness of women among them that the kind of the Dwarves increases slowly, and is in peril when they have no secure dwellings.  For Dwarves only take one wife or husband each in their lives, and are jealous, as in all matters of their rights.  The number of dwarf-men that marry is actually less than one-third.  For not all the women take husbands: some desire none; some desire one that they cannot get, and will have no other. As for the men, very many also do not desire marriage, being engrossed in their crafts.  (The Return of the King, Appendix A).

For the other races of Middle Earth, the Dwarven women are a riddle.  Their absence in the story is not because of their insignificance, but rather, their outright importance to the Dwarves and their society.  The Dwarven women have a place and a destiny, that we know is occurring – but it is a story which is not to be told to us.  Their mysterious nature, their hiddenness from ordinary view, shows their absolute value and significance. Trying to place them in the story would undervalue them.  They have a story of their own, a story which cannot be told to us, to outsiders.  That is their point.  When we don’t see Dwarven women, when we don’t encounter them on screen (or in Tolkien’s stories), it is natural to wonder , “What about the Dwarven women?”  Is their place being ignored?  The answer is “no” – their absence reflects their value, not their lack of value. And in a way, this is what we should expect. Tolkien’s story represents, for the most part, the stories of the men of Middle Earth (and the few, extraordinary women who have a significant role in that story).  Trying to put them into the story would undermine them. Silence about them represents the mystery of women to men. (This absence is not to be seen as their denigration but their exaltation.)

The role of women in the world often differs significantly from the role of men.  Women have their own history, their own stories, which would only be denigrated if placed as some minor feature in the story of men.  To complement each other, men and women need universal stories together, but also need stories of their own.  Ignoring this, the genders, and their values, are lost. When we don’t see Dwarven women, we should resist the modern tendency to equate their absence with unimportance.   By being mysterious, even to the rest of Middle Earth, Tolkien points to the complementary nature of men and women, where one cannot even begin to tell the story of the other except by leaving space for them to tell their own tale.