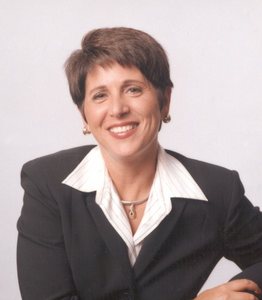 “Everyone I know is applying for grad school, or ending their college relationships, I’m just getting drunk.” ~Kelyann Wargo, University of Michigan

Kelyann Wargo – a 20s something undergraduate – advertised a new business venture:  the “Walk of Shame Shuttle.”  According to one article in the Chicago Sun Times, the shuttle service offers “a post-hookup ride home or to the dorm for students who wake up somewhere else after a night of debauchery.”  Not only is the Walk of Shame shuttle service – at a cost of five dollars per ride – cheaper than your regular cabbie might charge, Wargo proudly explains she also offers the girls a high five, a bottle of water, and – are you ready for this – a coupon for Plan B, the hormonal abortifacient more commonly referred to as an “emergency contraceptive” or “morning after pill.”  Plan B is a drug that comes with an entire set of medical and moral issues, despite its approval for sale by the Food and Drug Administration.

I truly wish Wargo and the students she claims she is trying to help could have heard the testimony of Dr. Miriam Grossman, a Jewish mother and doctor with a specialty in child and adolescent psychiatry.  Dr. Grossman spoke recently before the United Nations Commission on the Status of Women. According to the Catholic News Agency, Grossman urged the United Nations to stop supporting a culture where “sexual license is celebrated.” The doctor explained that there should be great concern for such an attitude particularly for our young women since a woman’s biology leaves them “highly vulnerable to sexually-transmitted diseases.”  In a recent interview on my radio program Dr. Grossman also spoke of her work as a counselor on a California college campus.  She witnessed first hand both the physical and the psychological fall-out of today’s hook-up or so called sexually liberated life-style, something we don’t read about in Cosmo or see on Reality TV.

I truly wish I could talk to Ms. Wargo.  I have learned the lies of the modern culture after suffering far too many serious bumps and bruises practically all of which were brought on by my own bad choices.  I would tell her that there is a better way – a way for her to become a woman of dignity and worth.  I would tell her that we serve a loving and merciful God who always allows U-turns.  Over and over again he forgives us and welcomes us back.

So how do those of us who have the scars to prove that the wacky wild of our own day offered wasn’t all that wonderful share our concerns with those women who are caught up in today’s hook-up culture which, thanks to Snooki and Kim, is portrayed as hip happiness?  That’s why I do what I do now in terms of speaking about how my return to my Catholic roots saved my marriage and turned my life around for the better.  Yes, God allows U-turns but He also provides a better way; His way or as he tells us in John 10:10 “the abundant life.”

How is the young Ms. Wargo to know she’s headed down a dead end?  Even the media conceals the truth:  whether it’s local media outlets in Michigan that have picked up the story or major dailies including the Sun Times, about the only negatives or questions that have been raised concerning the Walk of Shame Shuttle have to do with whether, thanks to higher prices at the pump, the business will actually be profitable in the long term.  Meanwhile, Ms. Wargo compromises her – and her customers – emotional, physical and spiritual health.

Maybe it’s time for another student to try a different approach.  Maybe another young, enterprising coed could offer a healthy alternative service:  a ride home before midnight, the “No Shame Shuttle” that gives a “high five” or an “at a girl” to young women for taking care of themselves in a culture determined to damage and exploit them.

Maybe then the Walk of Shame shuttle will be exposed for the real shame it is.