Did someone mention Cinderella?

Last week, Elizabeth Hanna observed that “we [women] want to know we are beautiful even while standing next to a Victoria’s Secret model.”  Admittedly, women often do not feel beautiful.  Even highly paid, long-legged models wearing skimpy, lacy underwear yearn to be prettier, sexier . . . more like that other, more beautiful model.  We all ache to experience ourselves as worthy, valued and – as Hanna proposes – sacred,

How do we attain a steady, daily, reliable

Fairy tales – like Cinderella, Snow White and Beauty and the Beast – offer lovely guidance to girls and the women in their lives about passage from childish ways to virtuous womanhood.  We hear these tales before we can form sentences; we watch movies and sing their theme songs into adolescence; we read the tales to the children we babysit, and then to our daughters and then to our grand-daughters. 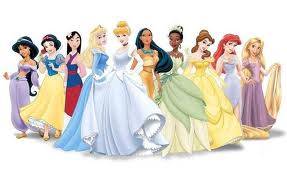 What treasured wisdom about the feminine so captivates

the female imagination that these enduring fairy tales follow us through our lives?

In this post and tomorrow’s, I look at five themes that emerge from our fairy tale foundation as guideposts for moving from girlhood to womanhood.  I am not an expert in fables, or literature – just a reader, writer and mother who has consumed in every format a wide range of “princess” tales.  I hope you will add your thoughts and comments.

Mirrors.  Mirrors for females are a deadly temptation, a window through which the pit bull of vanity leaps, grabs hold and will not let go.  Snow White’s stepmother lacks virtue, as a woman and as a surrogate mother, because she cannot separate her “self” from her image.  “Who is the fairest of them all?”  she moans famously, as anxiety ridden as any woman watching the Victoria Secrets lingerie show Hanna so poignantly captured.  This woman becomes wicked, not because she was born evil, but because she allowed herself to know and see herself only as an image in a mirror – looking upon her visage just as anyone else might look upon her.  There she consumed herself, like an addict compelled to obtain more narcotic by any means available, until she turned herself completely into the ugliness she obsessively cultivated within her.

Compare Belle from Beauty and the Beast.  Belle, too, becomes attached to a mirror – the small, hand held mirror given her as gift by the Beast “so that you’ll always have a way to look back and remember me.”  Belle uses this mirror not to see her own reflection but to look beyond herself – and to invite others to look beyond themselves – to see another, in their suffering and their pain.  Belle’s mirror is a mirror into another person, her father, the Beast – and their need for help and service.

Mothers.  As sure as any mirror can derail passage from girlhood to virtuous womanhood, so, too, can mothers.  Mothers typically do not intend to retard the growth of their daughters – most often, maternal opinions, needs, and advice are proffered in abundance with hope of easing daughters the direction Mom thinks is right and healthy.  But young women can become as affixed to their mother’s image and assessment of them as they are to their own mirror image.

Consider this:  there are no mothers in the fairy tales

Cinderella, Belle (Beauty and the Beast), Ariel (Little Mermaid), Snow White, Jasmine (Aladdin), Pocahontas – none of them have a mother.

There isn’t even a mother substitute.

Other women appear in these tales either tangentially, like the warm and observing Mrs. Potts in Beauty and the Beast; as villains, like Cinderella’s step mother and step sisters or the truly treacherous Ursula in Little Mermaid; or as magical beings bestowing favors, like the Fairy Godmother in Cinderella or the opera-singing Wardrobe in Beauty and the Beast.  By removing the often overly protective, overly controlling mother from our fairy tales, we expose our girls to the expectation that they will find their own unique passage to virtuous womanhood, not merely in imitation or satisfaction of the mother and not as a vain reflection in a mirror.  Their path must be uniquely and suitably their own.

Tomorrow, I take a look at three more themes from our female fairy tales:  care-giving, beauty and MEN!