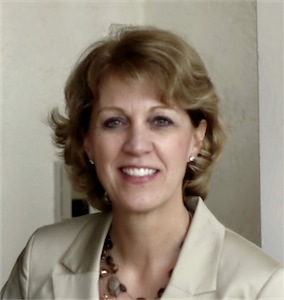 OR . . . why do women faint when I show Eggsploitation?

The first time I screened Eggsploitation on a university campus was at Harvard Law School. During the screening, a young female student walked out of the auditorium and proceeded to faint.  I happened to be outside the auditorium meeting with a colleague (I’ve seen the film many times, so I typically step outside while the film plays). As a nurse, I immediately saw the warning signs – woozy, white as a sheet, things just didn’t look all right with this woman from my quick assessment.  I intervened:  Pulse, check.  Breathing, check.  When she came to, I asked her all the basic questions.  Are you sick? No. Do you have any medical history? No.  Did you eat today? Yes.  Why do you think you fainted?  I don’t know . . .

Then I received an email from a professor who ordered a copy of the film to show in her class.  She emailed me to say she had to stop the film halfway through because two women in her entire class of female students had fainted.  She wanted me to know of this reaction so I could warn others. She chalked it up to the fact that the week before, she had shown the film “The Coat Hanger Project” and felt this was a carryover response from that traumatic film.

Next stop: Yale Law School, where a bright, energetic female student who then headed up Women’s Law at Yale had really pulled together a phenomenal, standing room only showing.  I prepped her that “women have been known to faint,” but she assured me, “This is Yale Law School, and we are tough here.”  So, I’m outside the room, talking with my colleague from NOW, who does many screenings with me, when two women walk out of the room and proceed to go down in a heap on the floor.  Not one, but two “tough” Yale law students.  They are fine, and we get them on their feet and send them on their way.  Neither ventures back in to finish the film.

Same thing happens at University of Virginia Law School.  Two women leave the auditorium to go outside and sit down on the floor.  The nurse in me instructs them to put their heads down between their knees.  Drink some water.  Pale pasty white faces begin to regain color, and I send them on their way, back to their dorms.

Then just this past week, I was premiering my latest film, Anonymous Father’s Day, at the SoHo Gallery for Digital Art in New York City, but was also doing many showings throughout the week of Eggsploitation, too.   While I was upstairs in the gallery, the film was being shown in the theatre downstairs, and a young woman came up the stairs, looking white as a sheet.  I took one look at her and knew she was having a strong reaction to the film.  The gallery curator and staff came quickly and, fortunately, caught her before she landed hard on the floor.

So, as a nurse, my observations are these:  Young women faint.  Older women don’t faint.  Men don’t faint.  The exact women who are being targeted to “donate” their eggs faint.  And they faint because they most closely identify with the women in the film.  They need money, and they think they are helping someone while getting money that they feel they desperately need (it’s rare that I meet an altruistic egg ‘donor’). They identify with the women in the film who get so sick and feel alone.  And they are really bothered by the needles, the drugs, and the outcomes of these women’s lives.