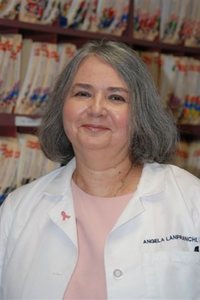 By way of introduction, I look forward to sharing what I’ve learned, as a breast surgeon, physician, mother and wife in this New Feminism blog. Before “New” was attached to it, I was always a “New Feminist” at heart. I was pre-med in college from 1967-1971 at a Long Island university noted for its science programs and for being the first college with a campus wide drug bust that made the national news. The Vietnam War sent some of my friends to ‘Nam and changed them forever. The sexual revolution was in full swing and regretfully I participated with enthusiasm. Medical school in D.C. was difficult in a hostile environment. Male students would tell me I would be the cause of their roommate’s death because they had been drafted after I had taken their “spot” in medical school. There were too many women in the class (21 out of 210) and we were just going to get married and never practice anyway. Many of the professors were of the same opinion. I wasn’t smart; I was just lucky on multiple choice tests, even if I did defy the odds consistently. As bad as my fellow medical students were, they couldn’t compare to my fellow surgical residents during training. It was not by chance that there were only 1200 female surgeons in the country at the start of my surgical residency. They really toughened me up.

Luckily, I met my husband who was working as an OR technician at the university hospital by my junior year. We’ve had a good marriage for the past 37 years. Long years of training in Family Medicine, General Surgery and then a Vascular Fellowship let the years fly by so it wasn’t until I had been married 17 years that I had my only child at age 41. If I had known then what I know now, that fertility decreases greatly at that age, I wouldn’t have waited so long to try for my first and only. I might have been too pessimistic to even try. My husband was the one who stayed home for her so she could get the kind of upbringing that would be the most conducive to being happy, healthy and secure. She is all that and more.

In the course of my professional career, I noticed that there were a whole lot more young women with breast cancer than there should be and that the incidence had gone from 1 in 12 when I graduated medical school to 1 in 8 in just 30 years. When I looked into risk factors for this, it became clear that oral contraceptives, induced abortion, and delayed first pregnancies accounted for a good number of these early breast cancers. Having patients in their 20s with breast cancer and seeing them die in their 30s made me want to try to do something that would prevent those cancers. To that end, in 1999 I co-founded the Breast Cancer Prevention Institute which educates the public and medical professionals on the risks and prevention of breast cancer.

The old feminism sought equality with men through complete reproductive control using oral contraceptives and the necessary back up of abortion. Without them, women felt they could never climb the corporate ladder. It was as if women needed to live their lives with the same sexual license as men in order to achieve equality. We thought we could have children whenever we wanted no matter our age. We could even have them without a husband. We just needed to buy a deposit from a sperm bank.

If we only knew then what we know now: that oral contraceptives are a Group 1 carcinogen for breast, cervical and liver cancer; that abortion causes breast cancer, premature births and serious psychological problems; that women need husbands as children need fathers; that sexual intercourse sets off hormonal changes within in us that bonds us to our mate. The theories of the old feminism, no matter how strongly or earnestly embraced, could not change the hard wiring in our brains or in our hearts. It is hard to look back and admit we were so wrong about so many things.

It is my hope, that by sharing those lessons that were so painfully learned, women will heal and help a new generation to enjoy the fruits of the New Feminism. I hope that women learn how they are different from men and why it’s a good thing.